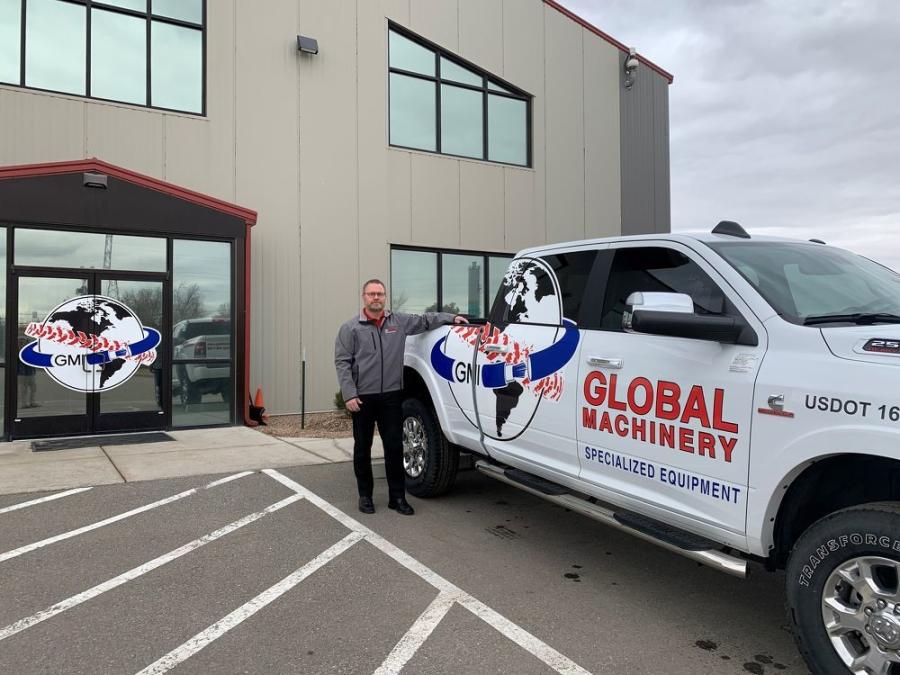 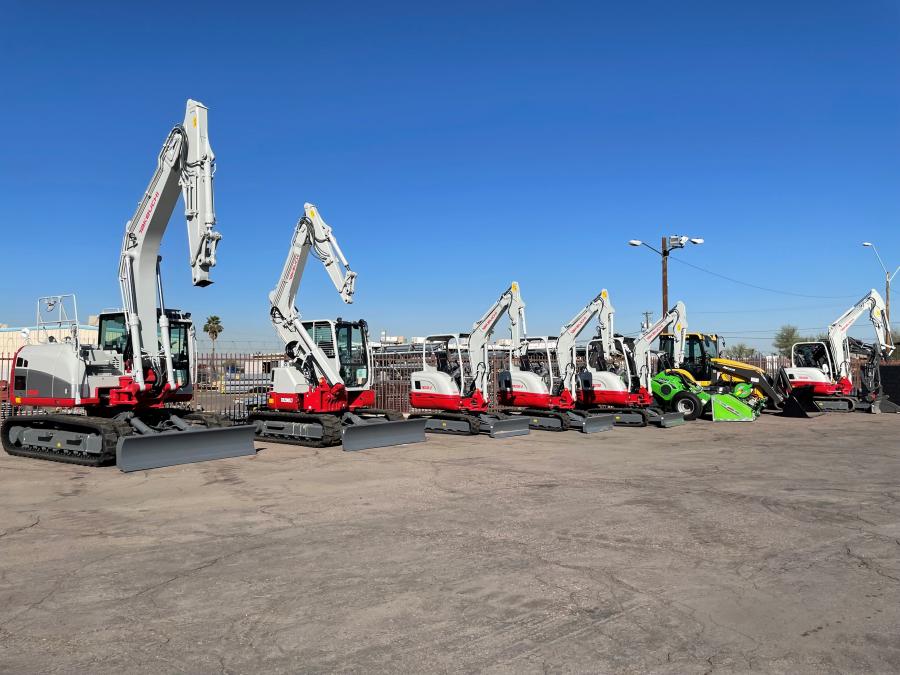 Global Machinery, headquartered in Denver, recently opened branches in Phoenix and Salt Lake City, according to company President Jeff Brown, expanding its total footprint to include the states of Colorado, Utah, Idaho, California and Arizona.

The company's growth, however, has not only been about opening new territory geographically. Brown said the dealership has succeeded by identifying opportunities that other equipment companies often ignore.

"We focus on niche products and specialty segments of the construction market," he said. "We never desired to be a dealer competing with the big yellow iron guys. The specialty markets provide opportunities that the mainstream markets do not."

Focused on utility construction for the first decade of its existence, the company has moved strategically into other market segments since coming out of the downturn of 2008-09.

"We enjoy working in the utility market and there is some crossover between it and the tree care and forestry management markets, so that was a natural fit for us," Brown offered. "Utility and forestry contractors use excavators and loaders with similar specialty attachments."

Vertical rock drilling, in mining and other applications, also has become a part of Global's business over the last decade, while vacuum excavation, horizontal directional drilling and other advancements in underground utility construction continue to see significant growth.

Founded by Jeff's father, Dale, in 1994, Global Machinery started as a broker, buying machines and refurbishing them for remarketing to a global market. Two years later, Dale saw an opportunity to enter the equipment rental market with the acquisition of an existing business that rented primarily to utility contractors.

In 1999, a branch office for the rental company was opened in Sacramento, offering the same utility equipment on a rental basis to the northern California region. Jeff joined the business in 2001 and the company entered the tree care industry with the Bandit line of equipment in 2004.

After recovering from the downturn of 2008-2009, things really began to take off for Global, entering new industry segments, opening new branches and taking on new equipment lines. By 2012, the company was utilizing seven mobile buildings at its original site. Ultimately, it bought its current Denver property and constructed the current headquarters building in 2017.

The Sacramento and Redding branches in northern California, for example, have a strong forestry business that extends into Oregon to the north and Nevada to the east. The same could be said for the Phoenix branch as it serves Flagstaff and surrounding northern Arizona. 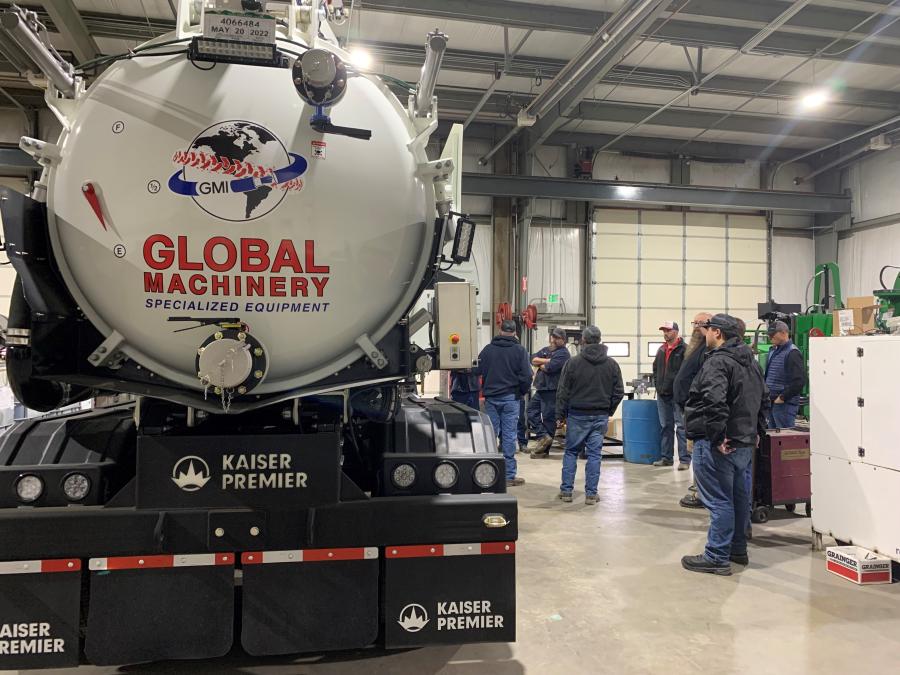 Utilities are everywhere, though, and Brown said they remain a critical part of Global's business at all locations.

"Regarding the utility construction segment of our business, the majority of what we deal with is underground utility now," he said. "In the past we were more involved in bucket trucks and overhead utility equipment. More and more utilities are located underground and you need to be able to work around those existing utilities.

"As a result, the directional drilling market has grown exponentially," he added. "We sell the Universal line of horizontal drills. We find their machines to be very well built, simple to operate and maintain and very affordable.

With Dale and Jeff both having ownership stake in the company, it certainly qualifies as a family business. But Jeff said the family feel extends beyond leadership.

"We're a family business in the sense of ownership, but employees also feel like family and care about each other and our customers," Brown said. "We've assembled a great team of people. They are a huge factor in our success."

The Global staff currently is made up of 45 employees, but recruiting is under way to ultimately add approximately a dozen more people to staff the newest locations.

After a decade or so of expansion, Brown said its time now to manage that growth.

"Our strategy now is to focus on what we have," he said. "We'll work on growing our newest markets – Boise, Phoenix and Salt Lake City – and maintaining the success of our legacy locations – Denver and Sacramento.

It is an exciting time at Global, according to Jeff.

"We are positioned for growth," he said. "If we stay focused and operate on the values that have gotten us this far, the future looks bright."

Global Machinery is a worldwide supplier of new and used specialized equipment focusing on the utility, forestry, land management, rock drilling and excavation segments of the construction industry. It offers a full range of equipment to meet sales, rental and leasing requirements throughout the United States and internationally.

Barko Hydraulics, a developer, manufacturer and distributor of heavy equipment solutions for the forestry, vegetation management and material handling industries, welcomed Tom Sermersheim to the team as aftermarket manager.

As part of the controlled roll out of the recent global distribution agreement, Fecon LLC announced the addition of Vermeer Texas-Louisiana.

McCoy Group Inc. a family-owned company based in Dubuque, Iowa, is expanding its business base with the purchase of eight John Deere Construction and Forestry stores serving Missouri, Illinois, Indiana and Kentucky from Erb Equipment Co.

Prinoth announced the execution of an agreement to purchase 100 percent of the capital stock of Jarraff Industries Inc.