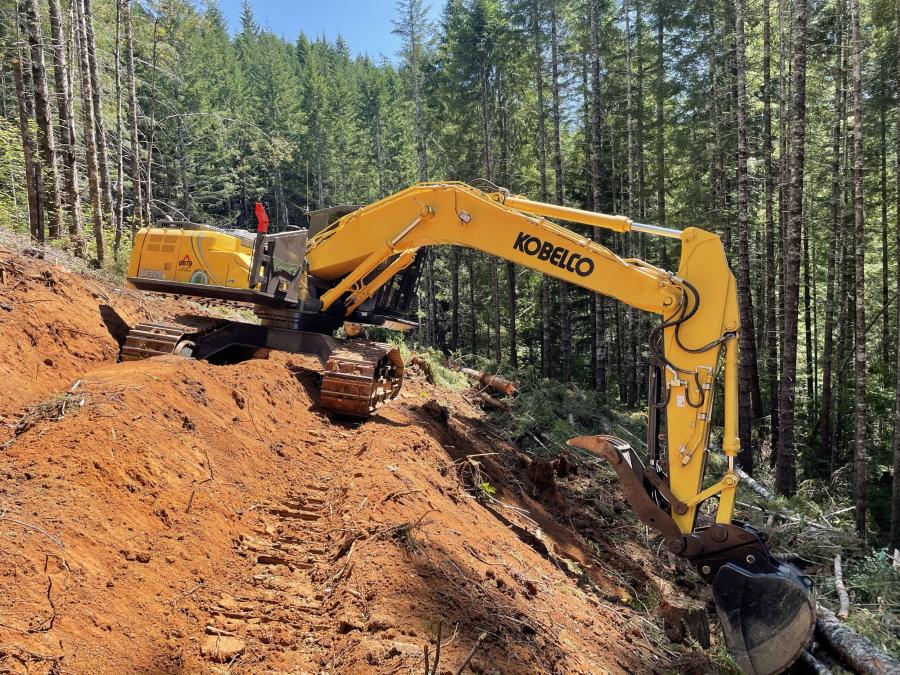 Infrastructure leading to timber harvesting sites can be challenging, especially during the dry season when low humidity makes wildfire an almost daily threat. In Oregon, difficult terrain is often an issue as well. 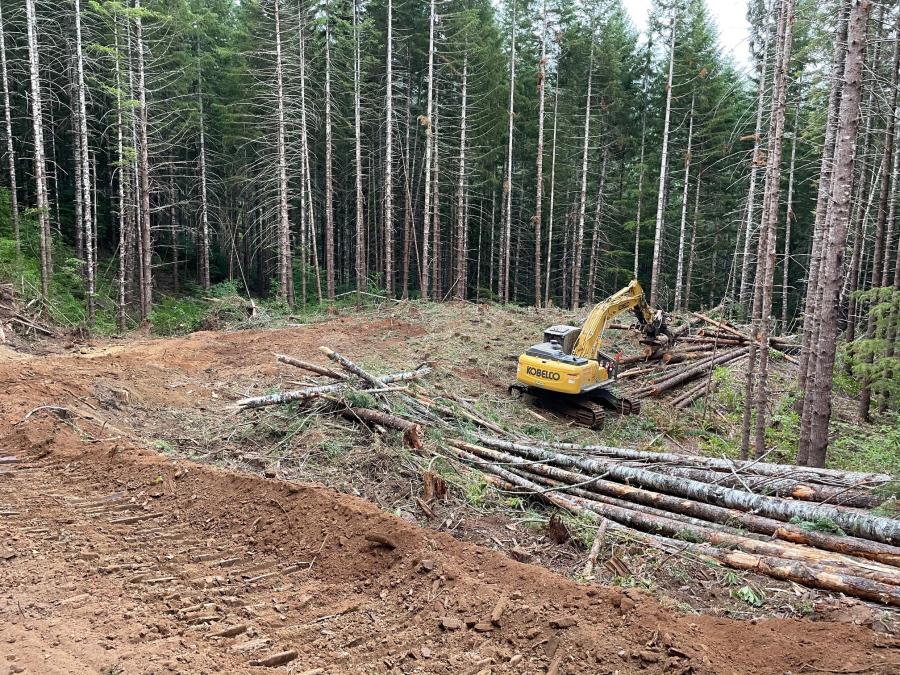 Both conditions came into play when timberland giant Weyerhaeuser needed access to a new logging site near the rugged coastline of southwest Oregon.

For a solution, the company looked no further than nearby Coos Bay Timber Operators, located in North Bend, Ore.

The project called for the creation of 1,880 ft. of new logging roads and 2,280 ft. of new logging tower landings. This required new construction and reconstruction to match methods used today with the appropriate terrain. Overall, the project had a cost of $26,000. A key piece of equipment was a Kobelco SK300, which was utilized for excavating and stump removal. This machine was the first high wide SK300 with a Oregon OSHA forestry cab.

Weyerhaeuser needed the roads completed between Aug. 30 and Sep 30, the height of Oregon's forest fire season, and during a period of state-imposed work requirements like an ever-present fire truck.

Coos Bay also needed to stay ahead of the rock trucks of another contractor that would apply crushed sandstone. Gravel trucks were on the move as soon as a portion of roadway excavation was completed.

This project enabled shovel and yoder logging rather than long high lead and Cat logging, which was done on the last rotation. A "yoder" is a forestry shovel or swing machine that has multiple hydraulic driven winch lines. The boom and stick are then raised as high as possible and the lines are used in the same fashion as a yarder. Steep side slopes are endhauled (when a contractor has a road that it is cutting through a steep area and a excavator is swinging the dirt around from the bank and putting it into the off road area to stabilize the locations) using a Deere 310E articulated dump truck, which was recently purchased in March. Hauling approximately 3,500 yds. of material greatly improved the road grades. Crushed sandstone from a pit approximately 1 mi. away was used as the base. It was put down at 60 yds. per station. CBTO and other contractors delivered the gravel rock base using three Kenworth T880 dump trucks on the project.

Coos Bay completed the project on time with the help of skilled operator Dale Ott, along with field support from Feenaughty Equipment and its rep Bobby Meyers. A Kobelco SK300 was instrumental in the excavation along with a Cat D8 dozer. Andy Tolman was also instrumental working with a Deere 310e ADT articulated dump truck. 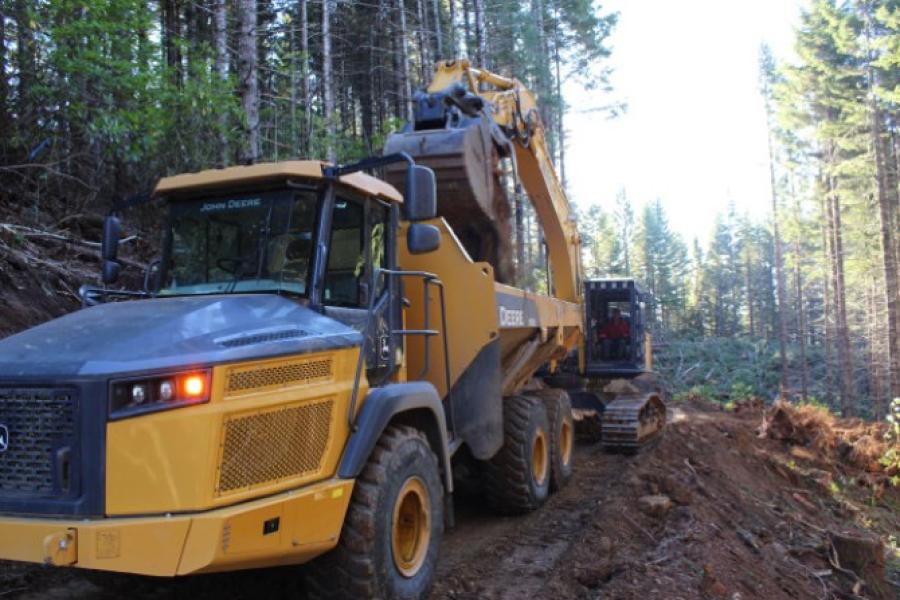 Several switch backs were designed and more material was gained by drifting with the D8 dozer.

Weyerhaeuser has moved in and is currently harvesting that area today.

CBTO was the lead contractor with the help of LBA Contract Cutting, located in Coquille, Ore., which utilized a Tigercat feller buncher on the project. Hand cutting was executed by West Coast Timber Falling, located in Venetta, Ore., who specialize in cutting trees and logging. The project had no community effect due to its remote location; however, the project was hampered by a nearby bridge construction project which resulted in a major detour. This resulted in 30 minutes of extra travel both ways for all equipment, operators and materials.

Coos Bay Timer Operators is located in North Bend, Ore. Brian Gould is the current owner and president, part of the third-generation of the family-owned business. Brian's grandfather, Gale Gould, incorporated the company in 1974 and passed the company down to Brian's Father, David Gould.

LBA Contract Cutting Inc. was established in 2004 as a logging contractor. The company is located in Coquille, Ore. and is owned by Brian Arriola.

Feenaughty Machinery Company has been supporting the construction and forestry industries in the Pacific Northwest for over 100 years. Since its beginning in 1901, Feenaughty has been a family-owned business that believes in hard work and loyalty to its customers and employees. It offers services of sales, rentals and parts. CEG

Equipment Used On the Job