Within the highly competitive forestry industry, logging contracts are won or lost based on many factors – not the least of which is cost. Consequently, logging companies are often forced to operate on razor thin profit margins. For many, however, there is a path to increased throughput and higher profits with technology and training leading the way.

Profitability challenges facing logging contractors are best summed up with results from a contractor survey shared by Canadian Forest Industries and woodbusiness.ca. The study revealed that despite rising costs, more than a third of contractors across Canada have held rates steady. This is a full 8 percent higher than response to a similar survey conducted just two years earlier.

But shrinking margins are taking their toll as half of Canadian loggers reported a profit margin of 3 percent or less, while a staggering 28 percent claim to have made no profit. By contrast, just two years earlier, 38 percent made 3 percent or less, with 17 percent reporting flat profits.

Similar numbers have been posted globally. In the United States, a whopping 86 percent of companies responding to a logging business survey claimed their compensation was not adequate to sustain the business. Of these companies 55 percent indicated a moderate to sharp drop in profits.

But income is just part of the equation for logging contractors. On the other side of the ledger, a rising tide of costs shows no sign of receding. Well over half of the surveyed respondents indicated expenses associated with equipment (purchase, parts, maintenance, fuel) have increased significantly. Similarly, costs of labor, hauling, supervision, insurance and finance have risen for at least half of those companies.

Faced with low logging rates and high costs many contractors can't afford to operate at less than peak productivity, which ultimately forces training to take a backseat. Companies simply can't keep operators employed who are unable to ramp up quickly and meet daily production targets. With an aging workforce, this training void will likely result in a vicious cycle of low profitability resulting from low productivity.

A Pathway to Profitability

Investing in even the most basic machinery is shown to boost yield and have a measurable impact on the bottom line. Similarly, companies currently on the mechanized bandwagon can further increase productivity by leveraging the industry's more advanced technologies.

Cut-to-length (CTL) harvesters, for example, allow a single operator to fell, delimb, top and pile trees. Processing a tree at the stump reduces/eliminates touchpoints saving both time and money.

Adopting technology is a good first step. However, such equipment represents a serious capital investment and a fast ROI is critical. Only when equipment is operated safely, and its capabilities are fully maximized (measured in terms of Overall Equipment Effectiveness or OEE), do investments translate into profits.

Entrusting an underqualified operator with the controls of heavy equipment can be anything but productive. In fact, research shows that operators running equipment sub-optimally can be responsible for a loss of 5 to 10 percent in OEE. Training is therefore a critical success factor.

Achieving even a slight improvement can generate a substantial return. Many forestry companies spend more than $100 million on harvesting and transport equipment. A five percent improvement in OEE (with the same equipment, labor and other inputs) could in many cases yield an improvement of 10 to 20 percent.

According to Herman Derksen, owner of Northwest Harvesting in north-central Alberta, "Nowadays, your operators and your production are so key. If you don't have exceptional guys in all your machines, you're not going to survive."

This sentiment was echoed by Jim O'Halloran, product marketing manager at John Deere during a presentation at OptiLog Forestry Tech Forum. He stated that we have reached a tipping point — now, a machine's productivity levels vary significantly based on the operator's ability with upwards of 40 percent of productivity variance in machines being based solely on the operator.

Because heavy equipment introduces an element of danger to confined, hazardous work sites, logging machinery in the hands of poorly trained operators can be deadly. According to the Bureau of Labor Statistics, specialized logging and wood processing machinery were involved in 17 percent fatal injuries to loggers. Equipment-related injury results in unrecoverable downtime, worker absence, fines, higher insurance rates and possibly litigation.

To produce safe and effective operators training must be structured; and today this means simulation-based training. While undoubtedly valuable, equipment field training is costly, hinders job site productivity and can be inherently dangerous. Conversely, simulators offer a safe and effective alternative for new and advanced operators alike.

In this way companies can achieve production rates that guarantee profitability while reducing safety risks.

Keeping a logging business on a productive and fiscally stable course is more challenging than ever. Volatile markets, soaring operating costs, low margins, tight quotas, expanding regulations and slim or no profits have pushed a significant number of logging companies to the brink.

Despite this there are opportunities for growth. The answer lies in investing in technology and effective training. In the hands of the best trained operators, today's advanced logging equipment can deliver impressive levels of productivity, yield and profitability. 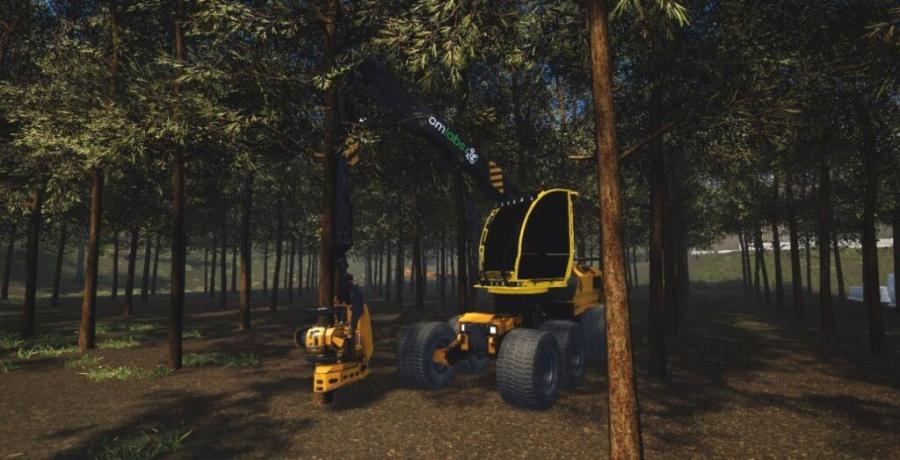 Keeping a logging business on a productive and fiscally stable course is more challenging than ever. According to CM Labs, the answer lies in investing in technology and effective training.

Volvo Construction Equipment (Volvo CE) is the first in the world to trial a remote-controlled high-lift wheel loader over a 5G network in a complex forestry application — in a bid to develop safer, more productive timber processes and explore its potential as an enabler for automation.