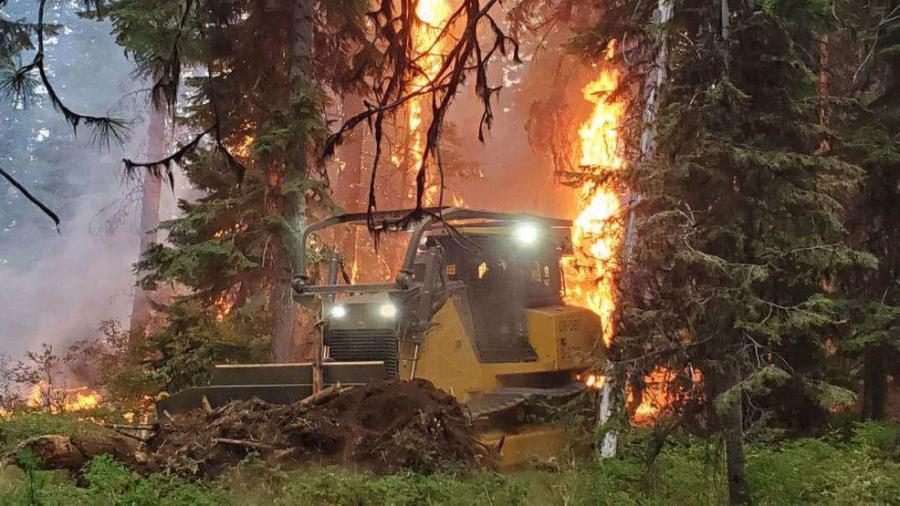 Eight of the 10 largest fires in California history have burned in the past decade.

As firefighters worked nearly 20 major wildfires across the west coast, including California and Oregon, crews counted on the help of heavy equipment operators to get the infernos under control.

Some of the wildfires had already been burning as the Labor Day weekend drew to a close, but when a historic windstorm blew across the already bone dry Pacific Northwest that evening, fires ignited across the state of Oregon. Communities in the Cascade Mountain Range, northern Oregon and eastern Washington were the hardest hit by the storm that brought winds with gusts up to 90 mph in some areas.

In California, although fire season is an enduring challenge, the scale and destruction of fires in recent years feel worse than anything in recent memory. Record-breaking wildfires are occurring more often. Eight of the 10 largest fires in California history have burned in the past decade. On Sept. 9, the massive August Complex became the largest fire in the state's history. Hundreds of wildfires, of varying size, scorch the state each year. The total area consumed has increased sharply this decade. With fire season still ongoing, 2020 has already shattered the all-time record with 3.2 million acres burned so far. 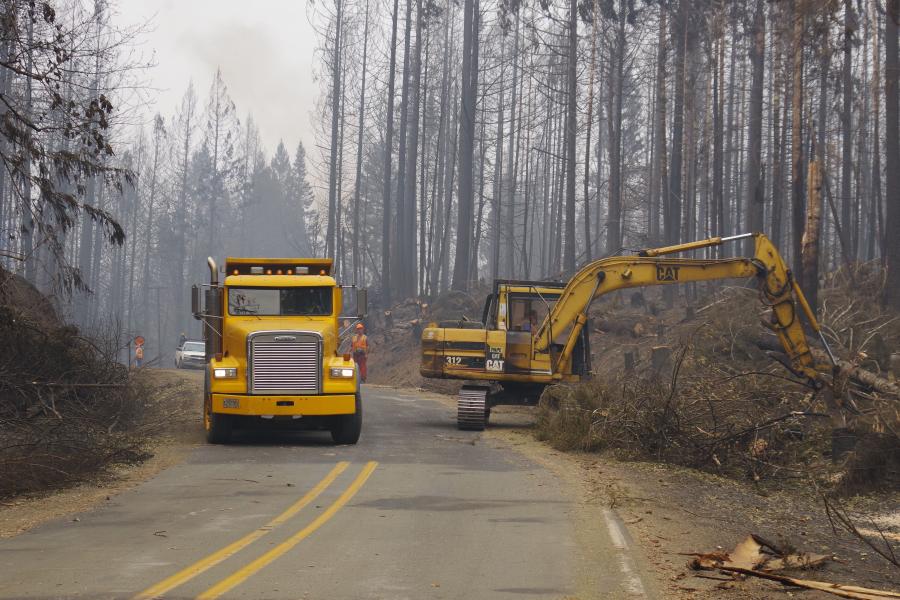 "Heavy equipment is how we get things done out there," said Jamie Knight, public information officer of the Oregon Department of Forestry incident management team one. "Usually the equipment is from logging sites; it's the equipment they have and they use every day. When the call comes in, they are good about jumping in and lending a helping hand. They stay in the area to help out if we do need it until the fire is 100-percent contained."

Knight was on her way home from Mapleton, Ore., when she began receiving hazard alerts.

"The Department of Forestry [DOF] had just finished up on the Sweet Creek fire close to Florence and many of us were driving home when this happened," Knight said. "DOF has three incident management teams, two were committed early on to two fires, the Holiday Farm fire near Eugene; and the Two Four Two fire over near Klamath Falls. This was all in the forecast and we'd been hearing about it. It wasn't like we didn't know it was coming, but we were just hoping it didn't turn out to be the worst-case scenario. I think probably, at least for me, it was worse than I could have imagined."

Just a few miles east of the central coast tourism community of Lincoln City, the Echo Mountain Complex Fire erupted, quickly spreading through the conifer forest to 2,552 acres and threatening the town of Otis and a lakefront community on Devil's Lake on the edge of Lincoln City. Level 3 evacuations — get out now—were issued for the area. But firefighting resources were already severely taxed.

The wildland fire system has an identification matrix known as planning levels rated on a scale of one to five with one being the lowest and five the highest.

"What happened was there were several fires on the landscapes and the nation was on planning level five, meaning most of the national resources had already been assigned to other incidents," Knight said. "California had significant fires; Oregon had a few; Washington had large fires. It gets difficult to find resources when that happens. At that point Oregon was at planning level four. Overnight, Oregon went to a planning level five. There just wasn't anything in the system." 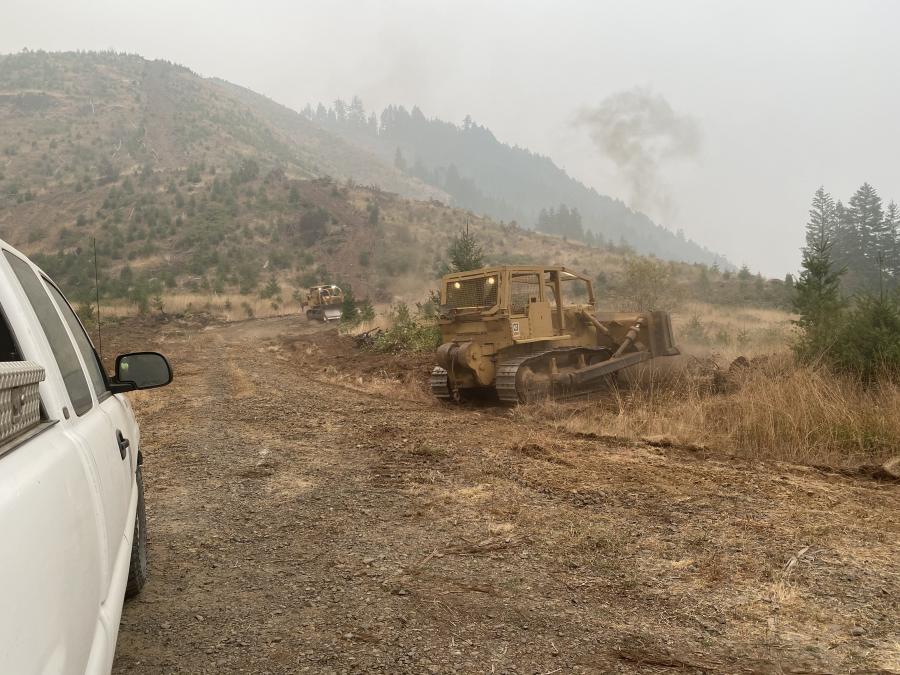 That's when the DOF turned to other resources, including local logging subcontractors, some who train yearly in order to be part of the wildfire fighting crews.

"When the call comes in, they are good about jumping in and lending a helping hand," Knight said. "Some of the things people bring to the table are dozers, excavators, skidders with tanks on them that we call skidgens. We have excavators, usually Caterpillar or Daewoo, equipped with mulching heads we call slash busters. We also use their tenders and water truck resources. A lot of it is building fire lines, especially with the dozers and the excavators. A lot of it is opening up roads dormant and closed so firefighters can access the fire. On this fire, the equipment was used more along the highway to clean up debris. There were front end loaders loading dump trucks to get it off the highway from the windstorm."

At the peak of the fire, Knight estimates there were approximately 20 pieces of equipment at work.

It was a scene repeated daily all over the west. In the small town of Molalla, Ore., about an hour south of Portland, an untrained crew of approximately 1,200 dubbed "The Hillbilly Brigade," organized themselves and went to work in the early morning hours equipped with heavy equipment, chainsaws, shovels and water trucks.

In a YouTube video posted by Reuters, Nicole West, accompanied by her border collie, Oink, can be seen operating a Dresser bulldozer, clearing fallen trees and vegetation and creating a path for other volunteers. The Hillbilly Brigade is credited with saving the small town.

Other communities were not so fortunate with entire towns decimated, now existing in name only.

Two weeks after it ignited, the Echo Mountain Complex Fire was 65 percent contained, but nearly 300 homes had been lost to the blaze and it was clear the tiny town of Otis would never be the same. CEG