What Post-Pandemic Future Looks Like for N.C.'s Forestry Sector 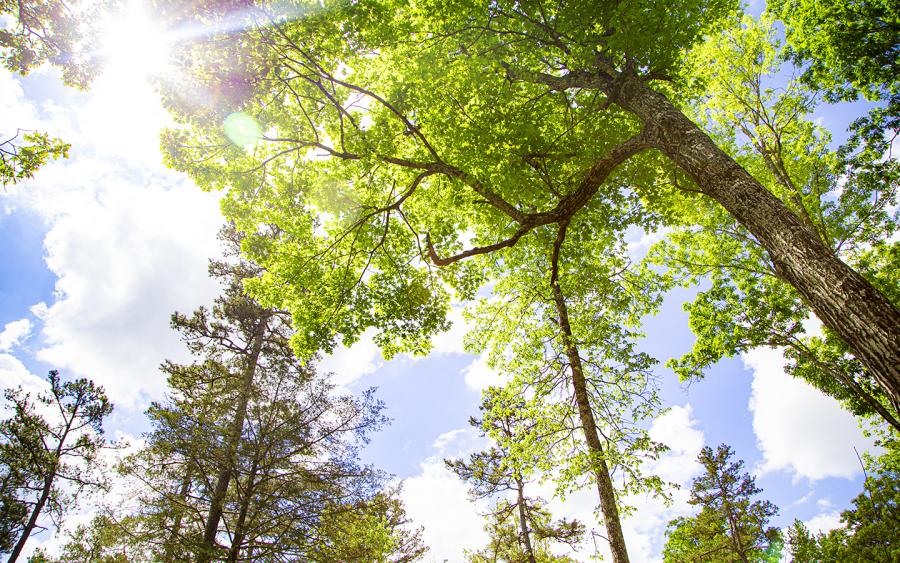 "Forestry is a major contributor to the economic well-being of North Carolina," said the report's lead author Rajan Parajuli, an assistant professor of forestry and environmental resources at NC State. "It supports communities across all 100 counties."

Parajuli, whose research focuses on forest economics and policy analysis, added that the figures, though impressive, reveal just how big of an impact the COVID-19 pandemic had on North Carolina's forest-based industries in 2020.

Compared to 2019, the state's forestry sector sustained close to a $2 billion loss in total economic output and a 6 percent decline in total value added, the latter of which largely occurred in the logging and solid wood products industries.

During the early stages of the pandemic, the federal government designated the forestry sector — including forestry and logging operations, sawmills, furniture mills and the pulp and paper industries — as essential to food and agriculture.

Nonetheless, many forest-based industries across North Carolina reduced their capacity or temporarily shut down as a result of public health policies aimed at curbing the spread of the virus, including the state's stay-at-home order.

On March 27, 2020, North Carolina Gov. Roy Cooper issued a stay-at-home order, requiring people to stay at home and non-essential businesses to close to the public between 10 p.m. and 5 a.m. The order remained in effect until May 2020.

North Carolina's forestry sector ultimately lost about 10,000 jobs in 2020, according to Parajuli. And while the majority of the state's forest-based industries have since resumed operations, they continue to face employment challenges.

According to the Bureau of Labor Statistics, the employment of forest and conservation workers in the United States is projected to decline 3 percent by 2031. In North Carolina, the logging industry alone has declined by about a third over the last two decades.

Data shows that the number of logging companies in North Carolina has declined from 688 in 2001 to the upper 400s, with lower competition boosting the average weekly wage for logging to $861 per week — about 22 percent higher than the 2009 wage level.

"Macon County is a great example of what's happening with the industry. That county has a lot of timber. But we heard that they just have two loggers," Parajuli said.

Parajuli added that North Carolina's logging industry will likely continue declining as the workforce continues to pursue other professions, mostly as a result of people realizing the physical demands and safety hazards of logging.

The Occupational Safety and Health Administration has classified logging as "the most dangerous occupation in the United States." In fact, the risk of death for loggers is more than 30 times higher than for all U.S. workers.

"It's a tough, risky job," Parajuli said. "There are plenty of other employers offering safer and more comfortable working conditions — and just as much pay."

He added, "I spoke with a logger before the pandemic who was ready to pay up to $25 to 30 an hour … the workers were only lasting a week or two before quitting."

Of the many threats facing loggers, inclement weather conditions such as extreme heat and heavy rainfall are among the most dangerous. Unfortunately, these conditions are expected to only worsen as climate change accelerates.

In North Carolina, the state's annual average temperature could increase from 2 to 10 degrees Fahrenheit by 2100, depending on greenhouse gas emissions. This could lead to worsening heat waves, thus causing loggers to experience heatstroke more frequently.

Funded by the Southeast Climate Adaptation Science Center, Parajuli is working with Austin Lamica, a Global Change Fellow and graduate research assistant, to examine the effects of these conditions on forestry employment throughout the South.

"Our working hypothesis is that increases in precipitation and temperature are going to adversely affect employment and productivity in the logging and forest product industry," Lamica said.

Parajuli added, "The logging industry is vital to the forestry sector's supply chain. If it continues to decline, it could create a domino effect that impacts other wood-based industries."

In an effort to revitalize North Carolina's forestry sector in the wake of the pandemic, Parajuli and his research team also are currently evaluating the impacts of COVID-19 on the supply chain.

"This study not only gauges the pandemic impacts but also offers clear directions for post-pandemic forest management in the south," Parajuli said.

Parajuli and his team expect to publish the results of both studies early next year, with the goal of sharing their findings in peer-reviewed journals and other outlets.