Pair of Wood-Based Manufacturers to Invest Large in Dothan, Ala. 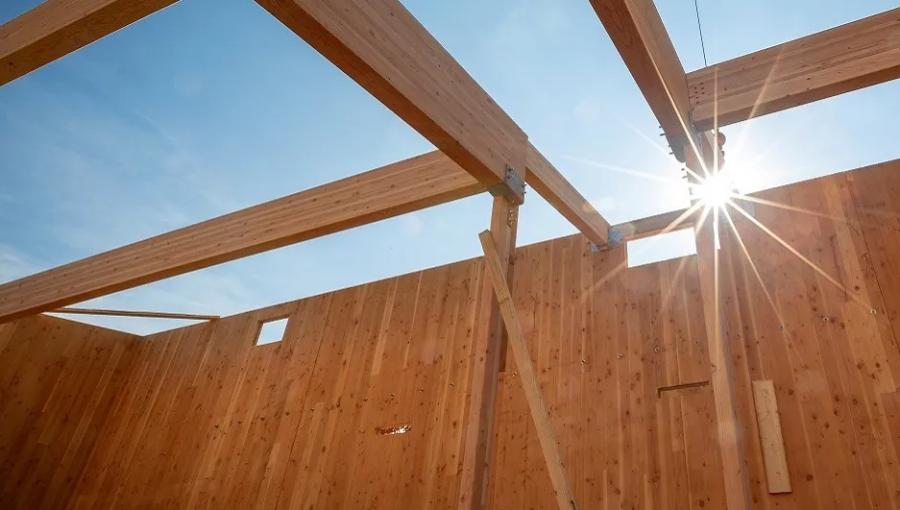 The news was reported Sept. 9 by Made in Alabama, the news division of the Alabama Department of Commerce (DOC).

SmartLam North America, a maker of cross laminated timber (CLT) products at a factory in Dothan, will invest $62 million to build a new glulam manufacturing plant there that will produce large beams and columns for the construction industry. The project will create 43 jobs.

Nearby, Peak Renewables will construct a wood pellet production facility that will use sawmill residuals to make pellets utilized in renewable power generation. That $30 million project will generate 26 jobs at the new facility in Dothan.

"The forest products industry has long been a central pillar for Alabama's economy, and its vitality is attracting significant levels of new investment and driving job growth across the state," said Greg Canfield, secretary of the Alabama DOC. "These new investment projects in Dothan will inject additional vigor and innovation into this critical sector."

The Dothan Area Chamber of Commerce said the two projects represent one of the largest combined industrial investments in the history of southeast Alabama's Wiregrass region. The city expects the Peak Renewable wood pellet plant to become operational in 2023, followed by the opening of the SmartLam expansion in 2024.

"There are a lot of moving parts to support these developments, and we cannot thank our state, city, county and chamber team enough for their work and support," said Brad Kimbro, chair of the Dothan Chamber. "We have a lot of infrastructure support needed to ready these developments for their operations to meet Peak Renewables and SmartLam's [requirements], so we will be on it."

The project will involve the construction of a new industrial access road, as well as water and electric utility improvements. Through partnerships with the Alabama Department of Transportation (ALDOT), Houston County, and the City of Dothan, a new access road will be constructed to serve the new industrial sites.

SmartLam North America CEO Derek Ratchford told Made in Alabama that his company's investment will allow it to construct a 140,000-sq.-ft. custom glulam manufacturing plant with the capacity to produce 84 million board ft. each year.

The plant expansion will allow the company to buy high-strength timber from landowners throughout Central and Southern Alabama. It is the first and largest manufacturer using Southern Yellow Pine to produce CLT.

To grow Peak Renewables in Dothan, CEO Scott Bax said his company will utilize 30 acres and include new rail spurs in collaboration with Genessee and Wyoming Railroad. The wood pellet facility will be an around-the-clock, 365-day operation.

"This facility and the investment [we are making] will further strengthen the overall forestry economy and bring a world-class wood fiber operating facility to the Dothan area, producing 180,000 megatons of wood pellets annually," Bax said.

"We are proud and very appreciative of our partnership with SmartLam North America and welcome our new corporate partner [in] Peak Renewables," they said. "Both companies represent a significant impact to continue the building and developing of Southeast Alabama as a center for excellence for forestry product manufacturing and innovation."

SmartLam's Ratchford praised the state, local agencies, and community partners that made his company's project possible.

"This group is focused on helping us position for future growth," he said.

Waratah Forestry Equipment is celebrating 50 years of innovation within the forestry industry and thanking its customers for decades of trust and loyalty to the brand.