Stihl to Provide $120,000 Worth of Grants to America's State Parks 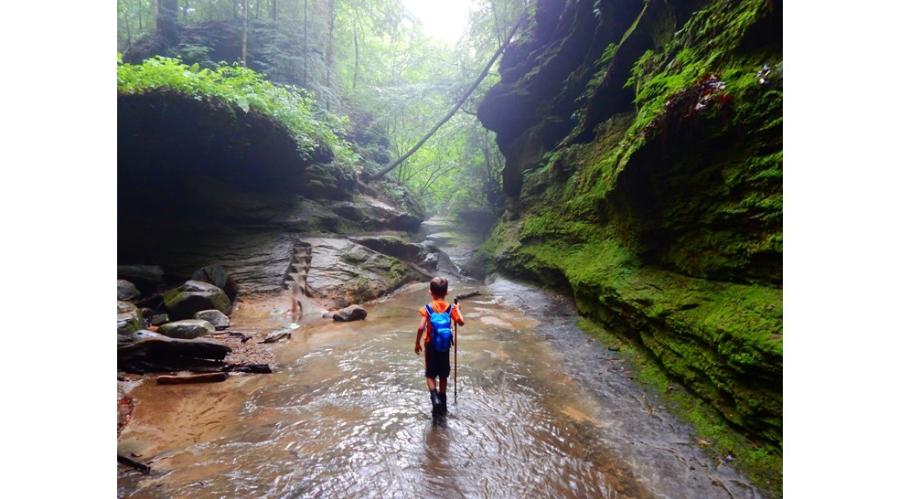 Inspired by the staff of America's State Parks, the mission of Hearts of STIHL is to help those people and programs that are caring for the national treasures that are America's state parks, and preserve them for the enjoyment of all Americans, current and future.

The 2022 Hearts of STIHL program will provide a $20,000 grant to a park in each of the nation's six regions for a total of $120,000 in 2022, which are the Northwest, North-Central, Central, Southwest, Northeast and Southeast. The grants will be managed by the America's State Parks Foundation, and parks can apply for funds to help projects related to sustainability, recovery, conservation or environmental education programs.

"For more than 15 years, Stihl has been privileged to support America's State Parks and this program allows us to expand our efforts to help in the conservation and care of these national treasures," said Roger Phelps, Stihl Inc. corporate communications manager.

"Hearts of STIHL is a natural extension of the Stihl commitment to caring for our environment and making it easier for people to work in and with nature."

The Hearts of STIHL program expands Stihl's relationship with America's State Parks. For more than a decade Stihl has been a sponsor of the National Association of State Park Directors Leadership School, providing scholarships for park personnel to attend.

"Stihl Inc. is a longtime supporter of the America's State Parks, and we are eager to grow our relationship and offer grant funding to the state parks that need it most," said Lewis Ledford, executive director at National Association of State Parks Directors.

"The funding and resources awarded will have a direct impact on the care and preservation of our state parks and it is our hope these efforts will inspire a new generation to appreciate the great outdoors."

The 2021 Hearts of STIHL program focused on the planting of 2,021 trees in two western state parks in response to the devastating effects of the 2020 wildfires. The project was a true partnership and included men and women of the Oregon and California State Parks, hazardous tree felling and training by professional arborist and Stihl Inc. spokesperson Mark Chisholm, Director of Conservation for the MeatEater group Ryan Callaghan, as well as Chuck Leavell, musical director for the Rolling Stones, award winning tree farmer, conservationist, and producer of the PBS television program "America's Forests with Chuck Leavell".

"Following the wildfires in 2020, Stihl Inc. demonstrated their commitment to environmental conservation, stepping up to aid in our recovery efforts," said Lisa Sumption, Oregon Parks and Recreation Department director. "The program helped Collier State Park and its community get a leg up in the healing and recovery from such devastating wildfires."

America's State Parks is an alliance of state park systems in all 50 states. The National Association of State Park Directors promotes and advocates for the state park systems of America in providing conservation and management of natural and cultural resources, quality outdoor recreation experiences, and connecting children and families to nature and the outdoors. With America's State Parks encompassing more than 19 million acres and visitation of 800 million people annually, the economic impact to local communities is estimated to exceed $20 billion each year.

America's State Parks Foundation is the official 501(c)(3) nonprofit organization that supports state parks systems of America for their own significance, as well as for their important contributions to the nation's environment, heritage, health and economy.

Waratah Forestry Equipment is celebrating 50 years of innovation within the forestry industry and thanking its customers for decades of trust and loyalty to the brand.

In 2021 alone, natural disasters caused $145 billion worth of damage across the United States — and experts are forecasting above-normal hurricane and wildfire seasons this year.