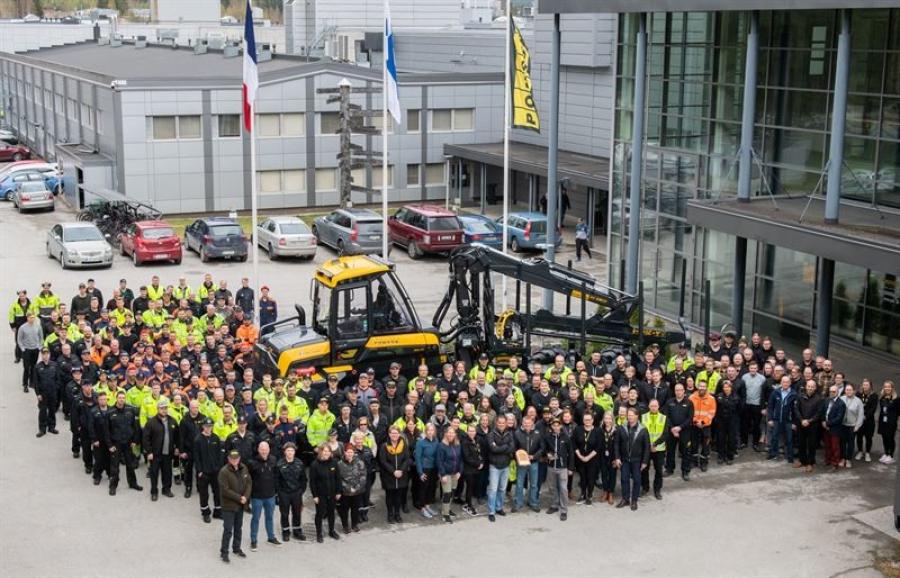 "The highly demanding harvesting industry calls for solid professional skills, determination and close cooperation. These are also the characteristics of our partnership with VMC Bois. It feels really good to deliver this machine to VMC Bois, and I would like to thank them for our excellent cooperation," said Marko Mattila, sales marketing and service director.

"We started our cooperation with Ponsse after we purchased a used Ponsse Ergo a few years ago. We continued our partnership by buying a few new machines, and today we received the 18,000th Ponsse machine here in Vieremä. Our cooperation has been productive, and we are very satisfied with our partnership," said Alexandre Collomb, one of the three owners of VMC Bois.

Ponsse Elk is a highly versatile and agile forwarder in the smaller midsize class. Elk offers an unprecedented load-carrying capacity in its size class, and its fuel-efficient engine and large fuel tank extend the refuelling interval, according to the manufacturer.

Elk's responsive engine, impressive torque and sturdy loader make working comfortable, especially when the operator can enjoy the most spacious cabin on the market, including ergonomic controls, the manufacturer said.

Entered in serial production in 2005, more than 1,000 Ponsse Elk forwarders have been completed, delivered to more than 20 countries and tested in real-life conditions across the globe.

Starting as the dream of Einari Vidgrén, Ponsse is a family-owned business that now operates in the harvesting markets of over 40 countries. Environmentally friendly harvesting and customer-driven R&D are strongly emphasised in Ponsse's business. All Ponsse forest machines are still manufactured in the company's birthplace in Vieremä in northern Savonia, Finland.