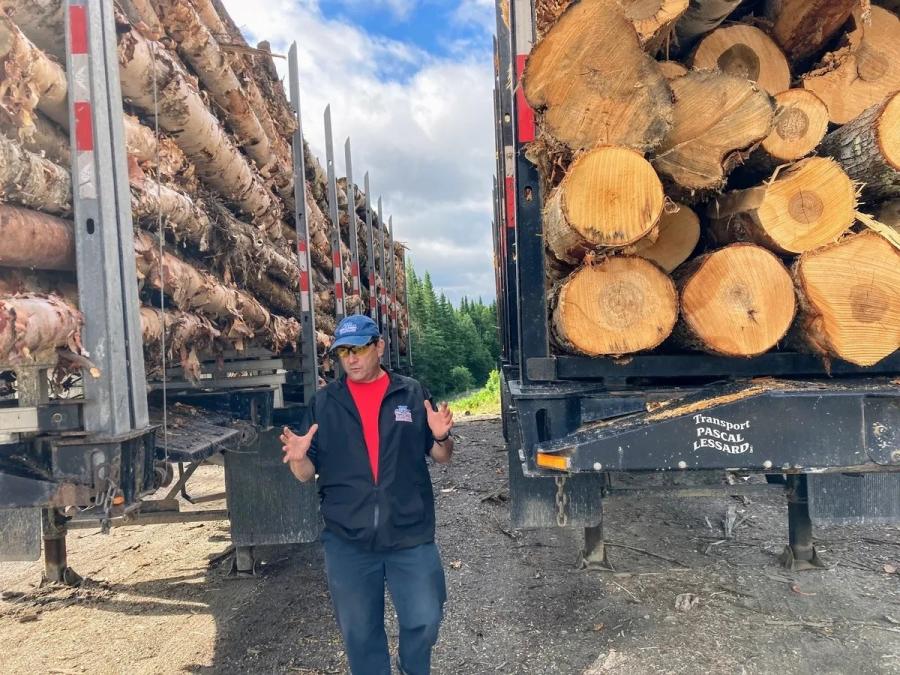 Maine Senate President Troy Jackson, D-Allagash, filed a complaint with the U.S. Department of Labor in 2020 alleging the agency has failed to enforce immigration law and protect truckers in the U.S. logging industry from illegal Canadian competition along the northern border. (Josh Keefe / BDN photo)

A federal judge on Feb. 18 halted enforcement of a new law that would prevent foreign truck drivers from hauling logs harvested in Maine to other locations in the state.

The Maine Forest Products Council, Pepin Lumber Inc. of Franklin County and one of its truck drivers asked that Maine officials not be allowed to enforce the new logging industry regulation, saying the law was unconstitutional. That argument prevailed in U.S. District Court.

While Judge John A. Woodcock Jr. understood the state's interest in protecting Maine's workers and ensuring that employers do not hire foreign workers when U.S. workers are able and willing to do the job, he said Congress developed the H-2A visa program to deal with that as part of national immigration policy.

Woodcock wrote that Maine's law "serves as an obstacle to federal objectives and is preempted" because it would have stopped and penalized hauling allowed under the federal visa program. His ruling was only an initial decision, but it indicates a difficult path forward for the law.

The bill, which was passed by the Legislature last June and became law without Gov. Janet Mills' signature, was originally scheduled to take effect on Oct. 18, 2021. The association and lumber company filed the three-count complaint shortly before it would have gone into effect against the director of the Maine Bureau of Forestry and Maine Attorney General Aaron Frey.

LD 188 targeted truck drivers working legally in Maine with H-2A visas, a work visa most often issued to farmworkers. It was sponsored by state Senate President Troy Jackson, D-Allagash, a logger and longtime critic of the hiring of foreign workers by large landowners in the forest products industry.

In 2020, Jackson filed a separate complaint with the U.S. Department of Labor, saying that the agency shouldn't allow H-2A visa holders to transport forest products within the United States.

In a statement, Jackson said the judge's preliminary ruling was not surprising because "there is a long history of people in power siding with industry over working people, especially in the forest products industry."

He said Maine is the U.S. state to use the H-2A visa program for wood-hauling, and it's important that existing laws are enforced so "working Mainers can earn a good living in the northern Maine woods."

The law also tasked the Maine Bureau of Forestry, a defendant in the lawsuit, with enforcing it. Landowners and drivers who violated the law could be fined between $1,000 and $10,000, the complaint said.

Frey, a Democrat, said earlier that his office had informed lawmakers of the potential legal challenges the law would face. His office declined comment on the judge's ruling.