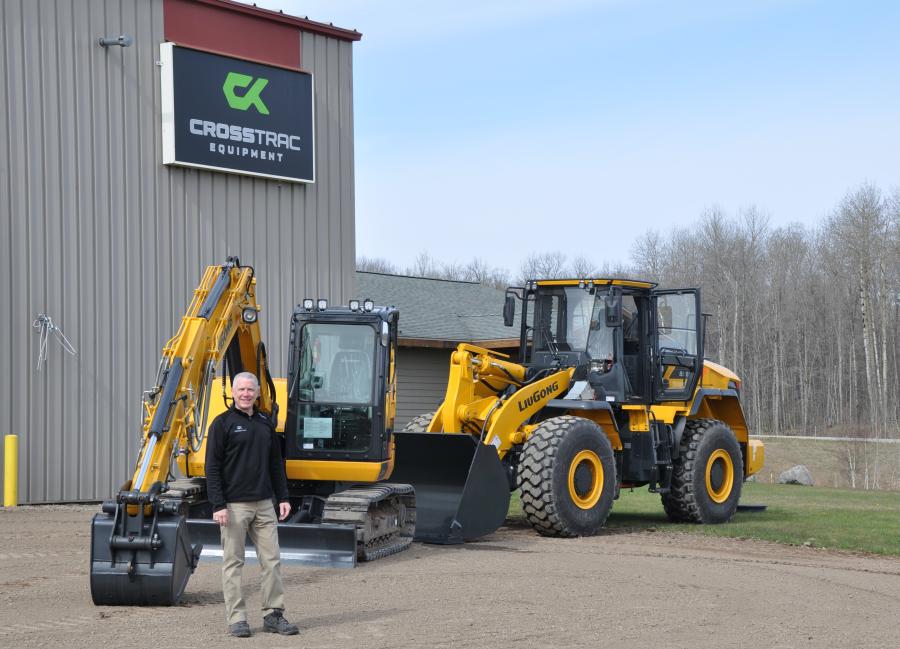 Scot Jenkins, owner and president of CrossTrac Equipment, is adding the LiuGong line to his offerings.

LiuGong North America has announced the appointment of CrossTrac Equipment Inc. as its newest construction equipment dealer for northern Wisconsin and Michigan. CrossTrac has branches in Rhinelander, Wis., and Gaylord, Mich.

CrossTrac has several specialties, one of which is providing equipment and service to the pipeline construction industry. Its reputation in this field is nationally recognized, and the company is often asked to send one of its service technicians halfway across the country to make sure critical equipment is up and running.

The company's other core customer base is the forestry business in its primary territory. The addition of more general construction business is also part of its near-term business plan.

Scot Jenkins, owner and president of CrossTrac, bought the business just four years ago, and has extended the company's reach and sales steadily during this period. Part of future growth includes LiuGong's construction equipment — machines used by both pipeline and forestry customers.

CrossTrac will offer LiuGong wheel loaders, full-size and compact excavators and dozers. Jenkins had been considering adding a heavy equipment line when another dealer introduced him to LiuGong North America executives. He visited the Katy, Texas, location and was impressed with the machinery and the people.

"I made the decision to go with LiuGong largely because of the investments I see them making," he said. "I see it as one of those rare opportunities to get in on the ground floor of a growing company that is constantly innovating. I did my due diligence. I talked with a friend of mine, Mike Jewell, who had recently become an authorized LiuGong dealer in Virginia, and I was referred to other current LiuGong dealers. Everything I heard was positive.

"Fortunately, I was more familiar with the brand than most North American companies. Earlier in my career I worked in Asia, and I actually spent quite a bit of time in Australia, where the LiuGong logo is very prevalent. All things considered, the decision was pretty easy. I am able to extend my equipment offering to my current customers, and I now have reliable, high-performance, high value machines that I can provide to the construction trade as well."