Prince of Wales Island, Alaska, is home to more than 16.7 million acres of Tongass National Forest. Within the millions of acres of raw Alaskan wilderness, works a customized, one-of-a-kind ZX470LC-6 Hitachi machine.

The machine isn't your average log loader. That's because it's actually a large construction excavator that Mike Papac, owner of Papac Alaska Logging Inc., has modified to work as a log loader. The wood that Papac and his crew work in is very large, old growth trees that require his team to hand-buck. With wood this large, standard feller bunchers can't handle the weight and size. 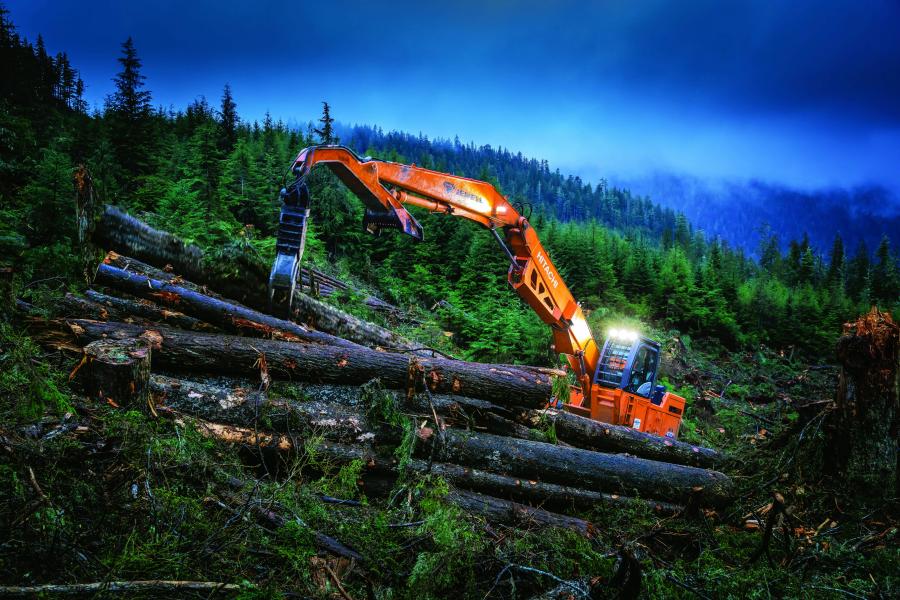 Papac's need for machine strength made him think creatively. He wanted his next equipment purchase to take his fleet's durability to a new level. That's when he had the idea to customize the ZX470LC-6.

"The custom Hitachi 470 is something that I came up with, I guess," Papac said. "It's a one-of-a-kind machine. I added the 50-foot boom on it, and so far, the performance of the Hitachi has been outstanding. It's doing extremely well. I'm just tickled to death with it."

Operator Don Schmidt, who happens to be Papac's brother-in-law, echoed the enthusiasm for the new ZX470LC-6.

"It's a great machine," Schmidt said. "It's comfortable but also has a ton of power. It's very smooth for how far it can reach."

Papac's fleet is largely represented by Hitachi orange. With 12 Hitachis varying in size, it's his go-to brand of choice to do his heavy lifting. The strength of the ZX470LC-6 has really been a game changer. And Papac and his crew aren't the only ones who admire the ZX470LC-6.

"We had another salesman come up here to try to sell me a different machine," Papac said. "I told him to get in the 470 then tell me what he thought about it. He got in the machine and I almost had to drag him out. He said it's the most amazing machine he'd ever been in." 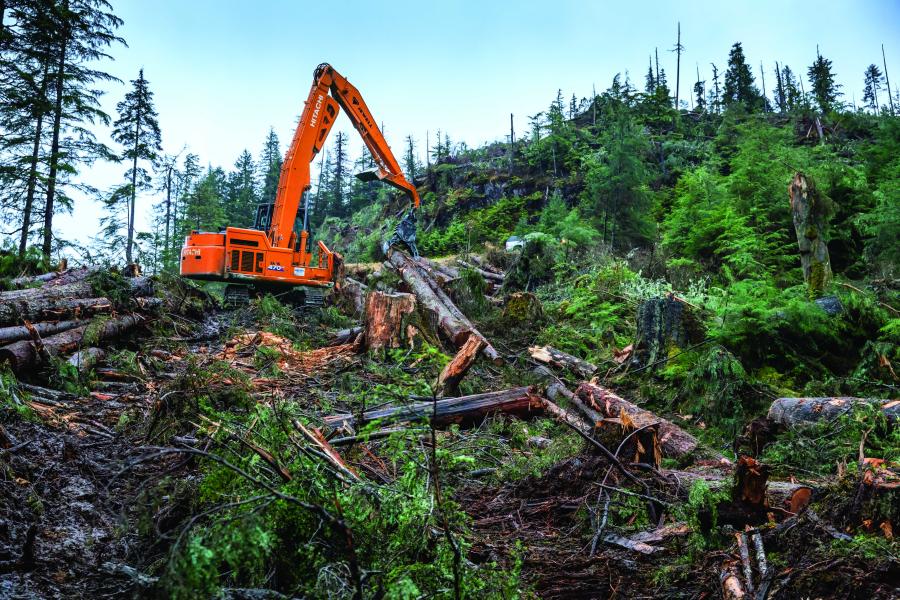 Papac worked with his dealer, Construction Machinery Industrial (CMI), as well as a third-party vendor to customize the machine. Papac has been thrilled with the results.

"I like to brag about the 470 a little," Papac said. "Because it turned out even better than we expected."

The Challenges of Being Remote

Along with all the beauty and unique wood types on the island comes challenges.

The lack of daylight in the winter is a challenge, too.

"In the winter, we're lucky to get seven or eight hours of daylight," he said. "It makes it a little harder to work."

Aside from the harsh weather, it takes extra attention to logistics and upkeep to ensure machines are running smoothly.

"One of the disadvantages of being remote is that you can't just run to the store and get a part if you need it," Papac said. "Everything here comes by plane or boat. That means you have to have the part on-hand or otherwise it could take up to a week or more to get the part. Downtime's a killer in any business, and if you don't have your parts, you're screwed."

When a breakdown can be so catastrophic, it's even more important that machines perform. Luckily for Papac, he's seen great performance from his Hitachi fleet.

"The first Hitachi I ever had worked great, so I just stick with them. They're reliable machines," Papac said.

Papac said another critical piece of uptime is the support he receives from CMI.

"I do a lot of business with CMI," he said. "Between what CMI keeps on-hand, and the machine's routine maintenance, they keep us going." 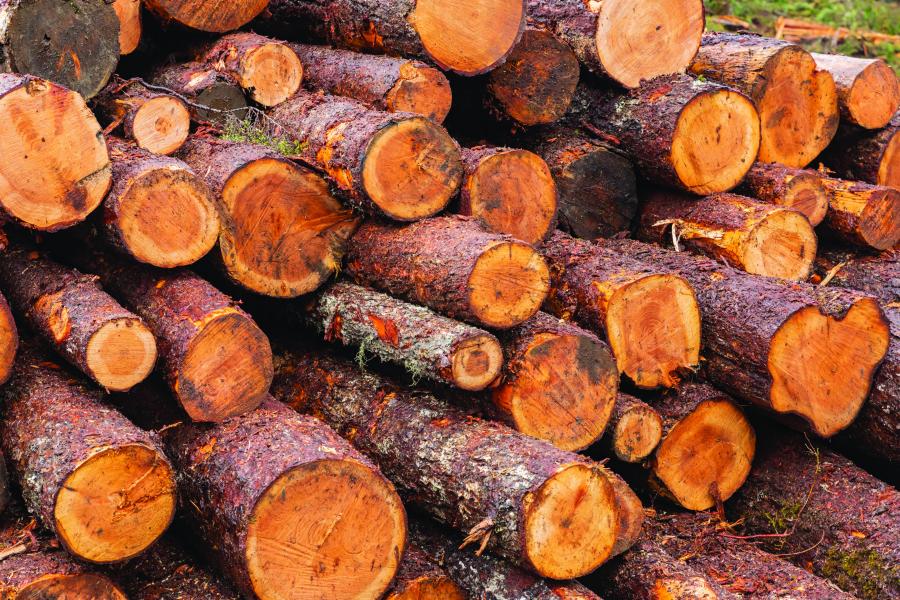 It Takes a Special Type

On Prince of Wales Island, (pop. 6,000), it's not that farfetched that everyone eventually knows your name in town. But Papac's notoriety spreads much further than the banks of the Alaskan island he calls home. In fact, you might be familiar with the History Channel Ax Men star yourself. But what led him to the success he has today is a lifetime of logging, and a love for the land and the industry.

"I just love logging," Papac said. "I guess to a degree, I am a celebrity, but I don't like to use that word. I love being out here in the elements, otherwise I wouldn't be doing it."

Papac admits that it probably takes a special type of person to enjoy the Alaskan island's remote environment. And with a small population on the island, attracting and hiring the right employees can be a major challenge for Papac.

"A lot of people want to come up for the mystery of Alaska," Papac said. "But when they get here, maybe it might not be what they quite anticipated. It takes a special person to enjoy the lifestyle."

With the challenge of location working against him from a recruitment standpoint, he's worked to make his company attractive from a cultural perspective.

"My philosophy is to treat my guys the way I'd want to be treated," Papac said. "And family is very important to me. I get that it can be hard working on a remote island if your family's not here with you."

As far as Papac's plans for the future, he's driven to keep going as long as he can.

"What drives me is pride. I want to do the best job possible while I'm here," he said. "I'm getting older, but I don't figure I'll be quitting any time soon."

Production is Music to Your Ears

On most logging sites, production is king. That's not unique to Papac. What is unique, however, is some of the logs they produce. At a job site located just outside of Control Lake, they're working to harvest Sitka spruce, an abundant tree found on the island that is unique in its grain, and specially suited to be made into instruments.

"Sitka spruce is the best wood for sound," Papac said. "When these logs go to the mill, they'll saw them into lumber and then they'll be made into Gibson guitars or Yamaha instruments."